Booked In Your Arms

Director/Choreographer Chris Gattelli who won a Tony award for his work on Newsies, has asked me to take part in his new show In Your Arms at the Powerhouse Theater in Poughkeepsie, N.Y. July 5 – 13. In Your Arms is a collection of wordless dance vignettes written by playwrights Douglas Carter Beane, Nilo Cruz, Christopher Durang, Carrie Fisher, David Henry Hwang, Rajiv Joseph, Terrence McNally, Marsha Norman, Lynn Nottage, & Alfred Uhry with music by Stephen Flaherty (Ragtime). Produced by New York Stage and Film and Vassar College. Chris has cast me in the story by Rajiv Joseph, a Pulitzer finalist for his play, Bengal Tiger at the Baghdad Zoo.

The Shapes She Makes Opens

The Shapes She Makes opened on April 9th at American Repertory Theater in Cambridge, MA. What a extraordinary journey over eight years this has been. Creating theater with a group of dancing actors, several of whom are my dearest friends, is a nourishing, blessed experience. Here’s what the Boston Globe thought. 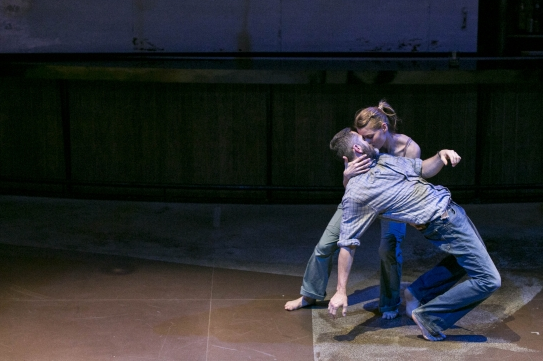